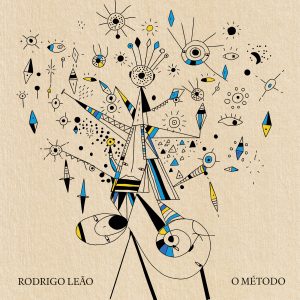 RODRIGO LEÃO SPEAKS ABOUT HIS NEW ALBUM “O MÉTODO” I started writing down ideas for a new album during 2017, while I was touring Europe with Scott Matthew after releasing our CD “Life Is Long”. As always with my creative process, my first steps are always very intuitive and not at all methodical! Some of […]

I started writing down ideas for a new album during 2017, while I was touring Europe with Scott Matthew after releasing our CD “Life Is Long”.

As always with my creative process, my first steps are always very intuitive and not at all methodical! Some of my first ideas came to me in hotel rooms. In November of 2017 we recorded our first demos, but we still had our doubts.

After three very different albums – “A Vida Secreta das Máquinas”, which was all electronic, “O Retiro”, recorded with an orchestra and choir, and “Life Is Long” with Scott – I felt I needed to find new paths. And I was feeling very influenced by composers like Nils Frahm, Ólafur Arnalds or Max Richter.

This is where Federico Albanese, the much-acclaimed Italian musician and composer, joined us. Me, and my regular co-producers Pedro Oliveira and João Eleutério, realised we need someone with fresh ears to join us, and we accepted the suggestion of my long-time friend and manager António Cunha to bring in an outside opinion.

At the same time we were invited to write music for an exhibition about the brain at Lisbon’s Calouste Gulbenkian museum. On that project, which was co-produced by João Eleutério and Luís Fernandes, we learned a lot about electronic ambient sounds, and they proved very useful for this new record.

Our first working sessions weren’t easy, but we quickly found a method of working that brought us closer to the ideas we were looking for. Federico was very important in this; he suggested arrangements and instrumentation that helped get us there. We now had a clearer view of the minimalist, ethereal ambiance I was looking for.

This is the album on which I play the most piano ever! We also didn’t use the strings as much. This brought something new to the general sound of the project, as did a youth choir of 20 singers, which I’d thought of using very early in the project.

“O Método” is much leaner than my other albums. The sound is simpler, more sparse, more self-contained. I also feel it is a little bit more spiritual; the music, being more ambient, takes us away from the day to day. I could explore a more naïf, childlike innocence that I felt now and then on previous albums.

For the songs. I didn’t want to use an existing language, I wanted to make up words so it would sound more abstract. There are two exceptions. “The Boy Inside” was sung by Casper Clausen of Efterklang, who wrote the lyrics in English; Federico suggested asking him, and I knew and loved his work. “O Cigarro” is sung in Russian by Viviena Tupikova, who has played violin with me for a long time and wrote the lyrics as well. Another regular collaborator of mine, singer Ângela Silva, was very important with her suggestions for vocal arrangements and unusual way of singing made-up words.

The title changed during the recording, but “O Método”, “the method”, became the obvious choice. We were looking for a method to arrive at the final result, and Federico was very important in that process.

But I think it’s more interesting to see the method as more abstract, philosophical. Do we all have our own method to try and make something, communicate, feel, contribute?

The pieces on this album ask questions that don’t really have answers. A child points to the sky and asks: why are we here? Where do we go after we die? What is the meaning of life?

I like my music to ask questions, even if they have no answers. It means it communicates and says something to whoever hears it. It helps us think and dream. It moves us.